The Brick of Gratitude, and Then Antigone 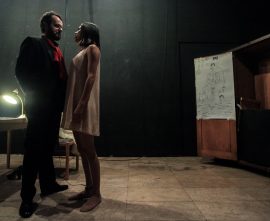 Belgrade, January 29th – Serbia on the Move’s Social Club continues to promote the work of young artists. This time, on the stage of Klub Petak, the audience had the opportunity to watch the play based on the Miro Gavran’s “Creon’s Antigone”. Playing the role of Antigone, young actress Iva Kevra presented her Master exam work. Her partner on stage was Vahid Džanković in the role of Creon. 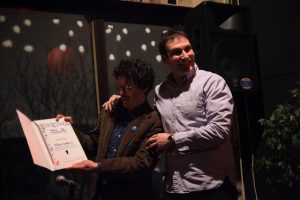 Before the show, Dušan Stojičić, the current president of Serbia on the Move, handed the Brick of Gratitude to Vidan Danković, the former president. Along with the brick, he was also handed a thank-you certificate “for the contribution to the Serbia on the Move’s development, promotion of accessibility and solidarity and his commitment to building the society of equal possibilities”.

The show itself, which consists of a play in the play, introduces the motifs of Sophocles’ text to the modern age, revealing the mechanisms of political power, but a space for free will of the individual as well, once again proving that “Antigone” is always contemporary. “Through the years she became the symbol of relinquishment, altruism and sacrifice, she changed her clothes, the way she combed her hair, sentences she spoke, she even changed her own defeat. Every time she chose the tragic death in the name of her heroism, opposed the state and the laws that weren’t in accordance with her. Gavran’s play is the play of two characters – of Antigone, sentenced to death and sentenced to Creon,” the organizers described the play. 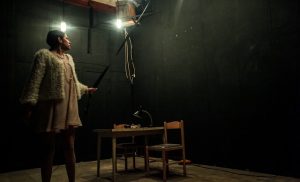 We talked about the role of this new place for hanging out and art on the Belgrade’s contemporary culture scene to Jelena Radivojević from Social Club.

Could you compare this evening to the previous one when the Social Club was opened?

The opening night made all the members of Serbia on the Move show up, because it was the premiere. Tonight, there were many people whom I saw for the first time, which tells me that the idea got its followers. Klub Petak was full again, so we are ready for the cultural revolution. We promised we would buy more chairs so everybody can sit the next time.

How did the cooperation with Iva Kevra and Vahid Džanković happened?

Dušan, the president of Serbia on the Move, talk to them about the concept of Social Club. They liked the idea of a place where young artists can work and learn through work and taste the scene and the audience. This evening is particularly important to us, because tonight we worked with Sara, our new photographer, for the first time, and she will become a full time member of our team.

What can we expect on the next event?

We would like to offer a diverse content. It is true that we have presented theatre art two times in the row, but that won’t be the case in the future. In February you can expect the combinations of photography exhibition and poetry evening. I won’t tell the names yet. 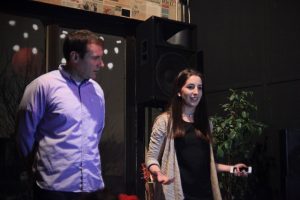 Because art and culture change the world and we can make visible changes on the culture scene by making small steps. By visiting events like this we contribute to the development of culture, and to the development of our community as well. The audience never gets the final answers, but the questions that they can think about themselves.

Social Club is based on the idea that culture is foundation of everything and that any form of development is impossible without it. By promoting the work of young artists and placing contemporary culture content in the non-formal and interactive atmosphere of Belgrade’s clubs and galleries, Club is devoted to practicing one of the 13 points of Serbia on the Move – that culture and art should always be available to us. All of those who want find out more about the activities of the Social Club can contact it via e-mail socialclubsup@gmail.com or visit their official Facebook page. 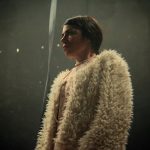 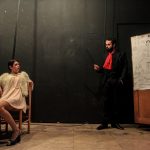 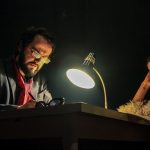 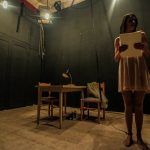 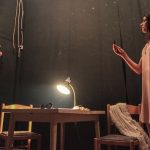 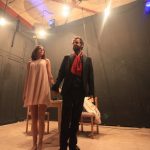 Have You Heard of Dotmocracy?Antigone on the Stage at Social Club
Najnovije vesti
XS Systems 2017. Sva prava zadržana.